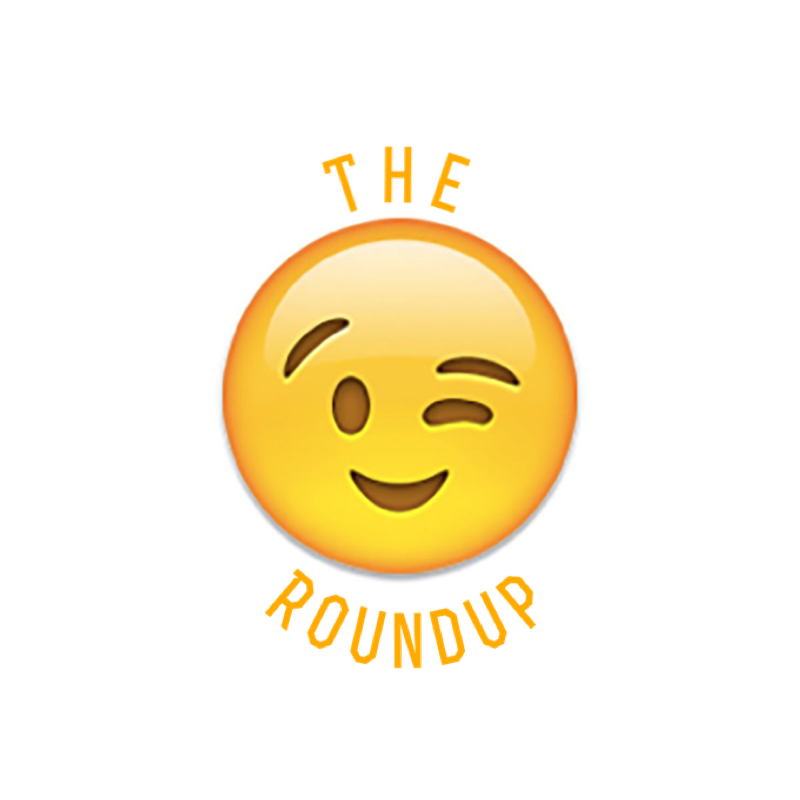 Emojis are popular. They’re both easily understood and completely confusing at times. In some ways it’s nice to have a universal language, but the reality is that the same group of small, cutesy images don’t always mean the same thing to everyone in that group text. SwiftKey, one of the most popular mobile keyboard apps recently did a study on what emojis were used the most and least in each state. My state shows an Xbox controller as the most used. I guess that says something about how exciting it is here. While the results aren’t perfect science, they’re still fun to look at. SwiftKey has produced an interactive map that you can see a preview of below. 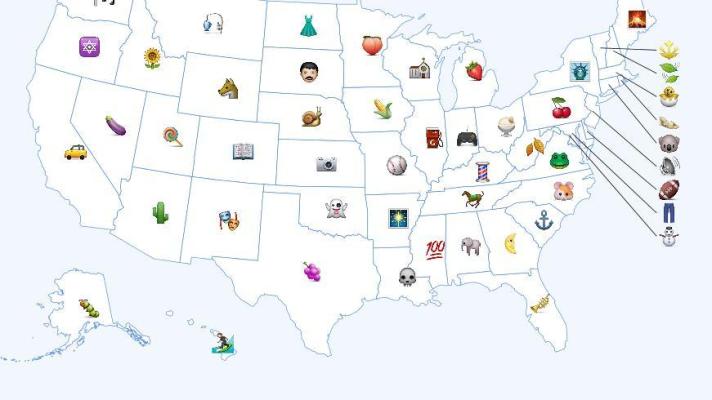 You can check out the interactive map for yourself here.

T  om Brady is still fighting with the NFL over whether or not he deflated some footballs and how cooperative he was in their investigation of the matter. While the whole thing seems fishy and likely that Brady had something to do with it, it’s getting to be silly. The NFL has no precedent for its suspension of the star QB. And no way in the world the husband of a supermodel should be handing over his cell phone to anyone. Still, the idea that he’s now attempting to bargain down his suspension on his own is hilarious. I’d like to try the same thing on my next speeding ticket. I wonder how that’ll go.

We came to you a few weeks ago with news that the website Ashley Madison, the place for lecherous spouses to others to cheat with, has been hacked. Now we’re seeing the hackers who asked the site owners to take it down for good have released the names and credit information in a searchable database. Some of the information is encrypted but it’s out there. The hacker group, called Impact Team, has released a statement asking for 19 dollars from each user to delete their user information from the web, “Find yourself in here?,” the group asks about the leaked records, before pinning the blame on Ashley Madison’s creators. “It was ALM that failed you and lied to you. Prosecute them and claim damages. Then move on with your life. Learn your lesson and make amends. Embarrassing now, but you’ll get over it.”

Police in upstate New York were recently called out because another motorist saw a child driving. Upon pulling over John Barling’s truck, they found his ten year old son behind the wheel. Barling was in the passenger seat, intoxicated. I guess he just wanted to get a jump start on teaching his son to drive.

Christine Anne Marie Lamoreaux had a perfectly valid excuse for the wreck she’d been in while behind the wheel. As the officers arrived at her Wildwood apartment, near Orlando, they said she smelled of alcohol and acted confused why they were there. She didn’t argue being behind the wheel, instead that she’d fled the scene after running into an apartment building because the whole thing was her dog’s fault. She then indicated that the police should arrest her pet. I think she was barking up the wrong tree.

A homeownner in Sandpoint, Idaho has found what’s probably the one and only true defense against a residential bear attack. What could stop the nearly invulnerable animal? A cat door. Something designed to let animals into the house proved to be the best foil for a bear that could surely just rip the door off of its hinges. Doug Harder, the owner of the home and one who took the pic below, said the bear had ransacked the place previously after getting in through a sliding glass door. The bear also left a large pile of poop behind, after seeing which I may have also left one of my own. Mr Harder says he was not scared as he was certain the bear wouldn’t fit through the cat door. He must have forgotten the bear has already been in his house. 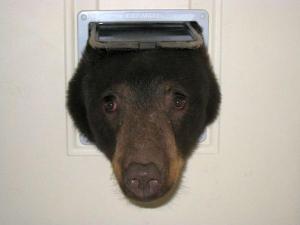 Mr Harder should realize he just bearly made it out of this situation alive.

For this week’s question, we’re wondering what you would do if you saw a bear’s head poking through your dog or cat door. Let us know in the comments or through Facebook or Twitter.

Thanks for stopping by and as always,