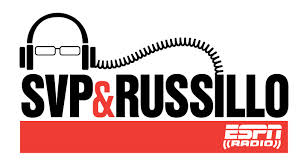 To kickoff the 2014 NFL season, I’m going to start with two things.
Participating in the SVP and Russillo Quarterback stock game. And stop using kickoff as a pun.

After listening to the SVP podcast today, I decided I was going to try the quarterback stock game that Russillo had come up with along with a couple other ideas to toss around to see how they stick.  I’m going to try and do the following with regularity.

Today, I’m looking to spend a thousand dollars of funny money on a quarterback from each tier listed over at the podcast page here Quarterback Stock Game.  The goal is to pick the players as stocks, hoping for the best fiscal return.  The numbers are objectively based on QBR divided by ten and the win to loss ration divided over four weeks.  After that, I’ll see how my progress or lack thereof went and buy four more signal callers.

So without further rambling, these are my stock selections for the first four weeks of the season.  I’d love to see comments below on who other people are taking with their choices or just let me know if you agree with my picks or not.

So there’s my picks.  Love ’em? hate ’em? Want to see something different?  Let me know below.